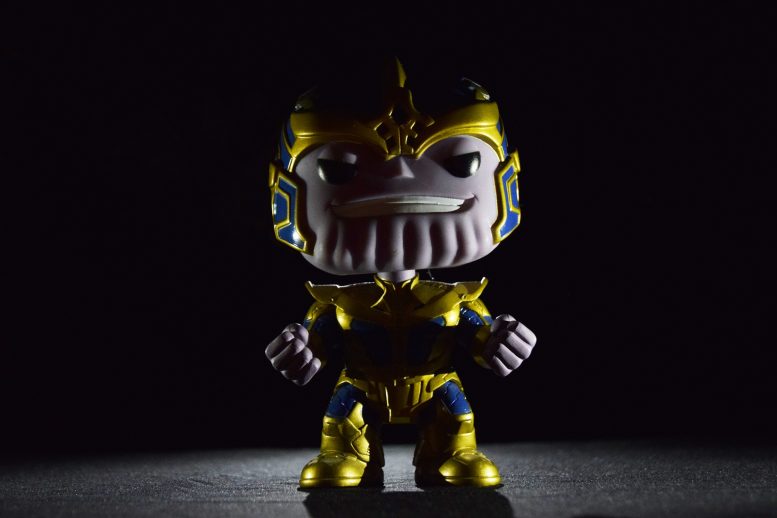 It’s a tough question to answer since there are so many Marvel characters.

There is a considerable difference in the power levels of the characters, even within teams and groups. A good example of this is The Avengers: Iron Man has no real superpowers but instead uses his military genius and technology to create suits that give him great strength. Thor relies on his strength, an array of otherworldly weapons, and his ability to control lightning bolts through Mjolnir. Captain America has incredible physical abilities due to being injected with a Super-Soldier serum while Wasp can shrink or enlarge her body at will.

Given all this information it might be difficult for people who aren’t comic book fans to understand that even within a team or group of characters there can be different levels of power. For example, while The Incredible Hulk may not have the same moves as Captain America, he’s definitely more powerful than Black Widow.

In an attempt to bring some sense to this debate we’ve assembled a list of the twenty most powerful Marvel Universe characters. We’ve determined who was most powerful through a complex algorithm involving personal strength and abilities in relation to their comic book universe. Without further ado here is our list:

Odin has many capabilities but his main two are his vast knowledge and magical powers which includes telepathy, teleportation, flight, mesmerism, weather manipulation/control (Storm), lightning bolts (Thor), stamina, and strength.

His power level is greatly increased when wielding the Odin-Force which enhances all of his abilities. He is considered one of the most powerful characters in Marvel Comics.

The Beyonder’s abilities include telepathy, teleportation, shape-shifting (he can alter both his form and that of others), matter manipulation (he was able to transmute The Thing into a glass; he has shown the ability to do this with living organisms as well including humans), energy projection/absorption (he can shoot powerful blasts of energy from his hands), force-field generation (he can generate powerful shields capable of withstanding multiple hits from Thor’s hammer Mjolnir), and superhuman strength.

The Beyonder has complete control over all existing or non-existing realities, dimensions, and all things within them including time and space. He also has a cosmic sense that allows him to perceive the past, present, and future throughout all of creation as well as any alternate timelines/realities.

He is omnipotent in every reality he exists in but not in others because innate cosmic power comes into play when two beings with sufficient power come in contact anywhere throughout the omniverse. The loss in power gained by one acting as an advantage for the other accounts for Beyonder’s lesser power in certain other realities. The Beyonder is also unique because he needed the help of a nigh-omniscient cosmic entity to achieve “full godhood.”

The Silver Surfer has a number of useful qualities that make him powerful including flight, energy manipulation/control (can shoot or absorb blasts of energy), telepathy, teleportation, superhuman speed and durability, resilience, stamina, invulnerability, shapeshifting (able to turn his body into pure energy as well as change its shape and colour), invisibility, light manipulation (can create silver holograms with his board), projection/manipulation of emotion/moods/mercy/rage), can reverse molecular structures, and teleportation.

Silver Surfer’s power comes from his surfboard which is a portal to the “Power Cosmic” a sixth-dimensional energy field that dwarfs conventional four-dimensional energies such as magnetism, gravity, etc. The Power Cosmic enhances the Silver Surfer’s abilities including strength, speed, durability, senses (can even see into other universes), shapeshifting, self-healing/resurrection, telepathy and teleportation among others.

Galactus has vast levels of cosmic energy which he absorbs from planets throughout the universe for sustenance allowing him to have virtually unlimited superhuman strength, speed/reflexes far beyond neo human ability or limits; almost limitless invulnerability; vast psionic powers including telepathy, telekinesis, and energy projection/manipulation; ability to alter his size/shape/colour at will; can teleport himself or others across vast distances including between universes; can manipulate matter on a sub-atomic level (can turn humans into pure water); access to nearly all known sciences and cosmic technologies as well as ones that are still undiscovered. This character can be compared to Book of Dead main adventurer by Boost gaming company.

Galactus is also able to exist in the vacuum of space without being harmed. The only things he cannot do are shapeshift or bypass cosmic force fields. He has direct control over the fundamental forces of the universe including entropy, electromagnetism, gravity, strong nuclear force, etc. Galactus’s total power is incalculable but certainly near-omnipotent.

Thanos could probably one-shot Galactus. He is a Titanian Eternal of average intelligence but with near-perfect memory and understanding of all sciences and technologies including cosmic alien and magical knowledge. Thanos possesses superhuman strength (superior to Warlock), telekinesis, teleportation, shapeshifting, speed/reflexes beyond neo human levels, immortality/immortality manipulation immunity to all diseases/illnesses/poisoning far beyond that of an Asgardian or typical god or goddess as well as resistance to reality-warping & reality alteration a cosmic scale – he can even resist the Phoenix Force (he has before but probably not as easily as he could now).

Thanos can survive in space, uses technological devices such as force fields and teleportation portals, and has knowledge of alien civilizations including Earth. He is competent enough to manipulate cosmic energies for energy blasts/beams; matter manipulation – transmutation attacks with materiokinesis on a planetary scale, etc.

Before the release of Avengers: Infinity War, there was some question as to which character is the most powerful. Check out our full tier list of most powerful characters.